It’s that time again, one of our favorite times of the year! We have had the privilege to read all of the submissions for our annual scholarship fund, and we have chosen a winner. It wasn’t easy! As with previous years, we received some exceptional essay entries that made us laugh, cry, smile, and cheer the exceptional students who wrote them.

It was tough to choose just one, but we finally arrived at a winner!

The talent displayed in this year’s entries was exceptional, but the winning essay had a little something special. It brought a smile to our faces, but not without a few tears in our eyes. This year’s essay moved us with the power of love, faith, and the human spirit.

Hannah McGill is the heart and soul behind this heart-felt and soulful essay. Hannah has plans to attend Itawamba Community College this fall.

Don’t take our word for how great her essay is. Read it yourself below. Get ready to smile, and you might keep a tissue or two handy, as well.

Congratulations to all 2021 seniors! Best of luck to you all, now and in the future! 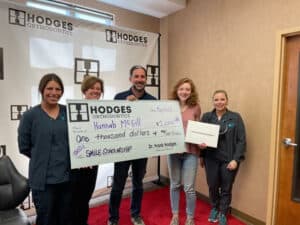 What Makes Me Smile?

I once met a little boy who changed my perspective on joy. Juan was rescued from a city in Mexico rampant with crime, and in only nine years, he had faced more hardship than I may encounter in a lifetime. While safe in a loving orphanage, he is still lacking countless luxuries I take for granted every day. His worn shoes are several sizes too small. He eats the same food every day without complaint. He sleeps with a dozen other boys in a small room without air conditioning. Yet what I noticed first about him was not his broken shoes. It was his smile. His smile when he finally understood how to make the bracelet I was teaching him to make at Vacation Bible School. His grin playing keep-away with the soccer ball while I chased him until we both could not run another step. His giggles when we figured out that the speaker on Google Translate could help us communicate bits and pieces of sentences to each other.

Juan, along with every child I met in Matamoros, overflowed with joy because they chose to be content with and grateful for what they had instead of focusing on what they lacked. Most importantly, their joy was rooted in trust in the Lord and His plan for their lives. The hope they had in their hearts radiated through their faces to everyone around them. Because of the language barrier, we could not carry on more than a few sentences of a conversation, but even when we could not understand their words, we did understand their smiles. When they jumped off the school bus and ran to see us building their new bunk beds, the smiles on their faces were all the thanks I could ask for. I did not understand a word when they explained the rules of our Mexico vs. United States soccer scrimmage, but I understood their playful smiles when we lost score because they were winning by so many goals.

I remember pulling out of the orphanage moments after telling them goodbye, sad that I may not see them again, but beaming from ear to ear because I was filled with so much joy and inspired by their cheerful hearts of gratitude. These children did not have the same possessions and conveniences with which I have been blessed, but in their abundance of joy, they demonstrated what it means to be truly rich. I have not had the opportunity to return to Matamoros, but I still have a little pink flower from Juan. Though pale and wilted, it holds a host of my sweet memories with those kids and reminds me of the valuable lessons they taught me, and that makes me smile. 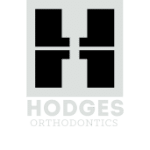 Beautiful Smiles. Personalized Care. Experience You Can trust.
We Treat Each Person With The Respect
and attention we believe they deserve.